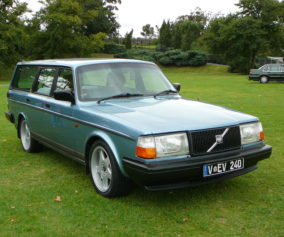 eVolvo: A Swedish EVolution Looking for the perfect medium-sized car for an EV

As per the last ten years Andrew White and Ashley Yelds are competing, rather

Guidelines for the Club Permit Scheme

Thanks to new member Cam Tuesley (avid Turbobricks member!) some of the Victorian

As many of you probably know, I am about 5 months into my supercharged Volvo