I purchased the Coupe in 2005 in good original “time warp” condition, with up to date service records and receipts from when it was delivered in Australia to its first owner in late 1980. I am the third registered owner.

As a car promoted in 1980 as “the most stylish Volvo Italy has produced” the 262 combines the no nonsense functional design approach by Volvo with the inspired custom body work and interior of the specialist coach builder Bertone – some say the result is a matter of taste!

Over my years of ownership the car has been regularly maintained and any worn items replaced as required – the aim is to maintain the overall integrity and condition of the car. An example was when I decided to renew the slightly worn front seats – my request to Mick (Mickz Motor Trimming) was to match the original quality of leather and workmanship, which Mick achieved. In the process of stripping the seats for re-trimming, the signature of the original craftsman was revealed “Rosi 2. 10. 79” on each seat – Mick has signed the renewed seats and I retain the original leather with Rosi’s signature.

As only 100 of these cars were imported into Australia (out of a worldwide production run of 6,622 between 1977-81), I now view my ownership as a custodian of a relatively scarce vehicle. The car regularly takes part in Club events and drive days as well as filling the bill as a “regular drive” to the maximum extent the Club Permit scheme allows. 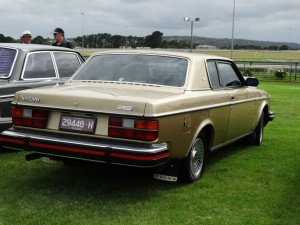 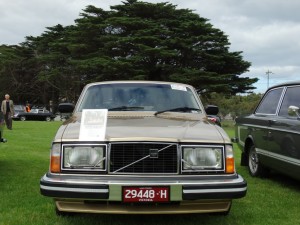 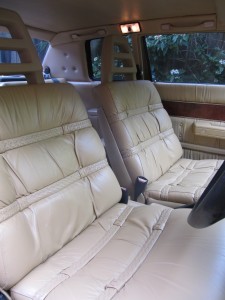