As a valued Car Club of motoring enthusiasts, on behalf of everyone at the Australian Grand Prix Corporation, I would like to provide your Car Club and members with special ticket offers.

Don’t miss the buzz as thousands of fans flock from all over the world to soak up the non-stop on and off track entertainment across the four days. Showcasing the world’s fastest cars and the biggest names in motorsport all going head-to-head for pole position.

Given your love of motorsports, this year we are showcasing a huge support category line-up, the packed schedule will see the V8 Supercars, Australian GT, Porsche Carrera Cup, the Historic Demonstration, the Speed Comparison, as well as the world’s best Freestyle Motocross (FMX) riders wowing fans across all four event days.

In addition, with the Formula One engines estimated to be 25% louder and an extra 90 minutes of on-track action across the four days, the 2016 Formula 1® Australian Grand Prix provides unsurpassed value for money.

Here are some special offers for you and your members to share:

20% Off Any Grandstand Ticket^ 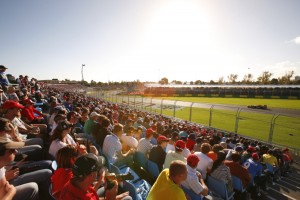 during the 2012 Formula 1 Australian Formula 1 Grand Prix at Albert Park on March 17, 2012 in Melbourne, Australia.

Set against the stunning Melbourne skyline there is no better place to watch the 2016 Formula 1® Australian Grand Prix than in a grandstand. Choose your preferred grandstand seat with some of the best views on circuit and for a limited time, receive 20% off any grandstand ticket. 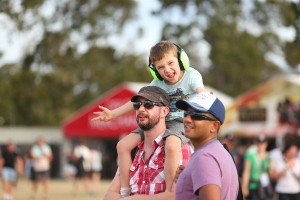 Make a weekend of it. Take the whole family for the price of one adult ticket with our 2-for-1 ticket offer. Plus, kids 14 years and under go FREE. For Real! Your junior Formula One fans will be occupied all day with Disney Pixar’s Cars Lightning McQueen himself, plus Star Wars Jedi Training by Disney XD and lots more!

Offers valid until Sunday 28 February unless sold out prior.

I hope you enjoy the action on show at the 2016 Formula 1® Australian Grand Prix.